Every Memorial Day, I have the privilege of writing for Raving Consulting and going off our gaming topic and honoring those who served our country.

Her entry was about the annual Veterans Appreciation Dinner (watch their video here) that they’ve hosted for almost two decades. However, her story began long before that, describing the role that the Meskwaki Code Talkers played in WWII. 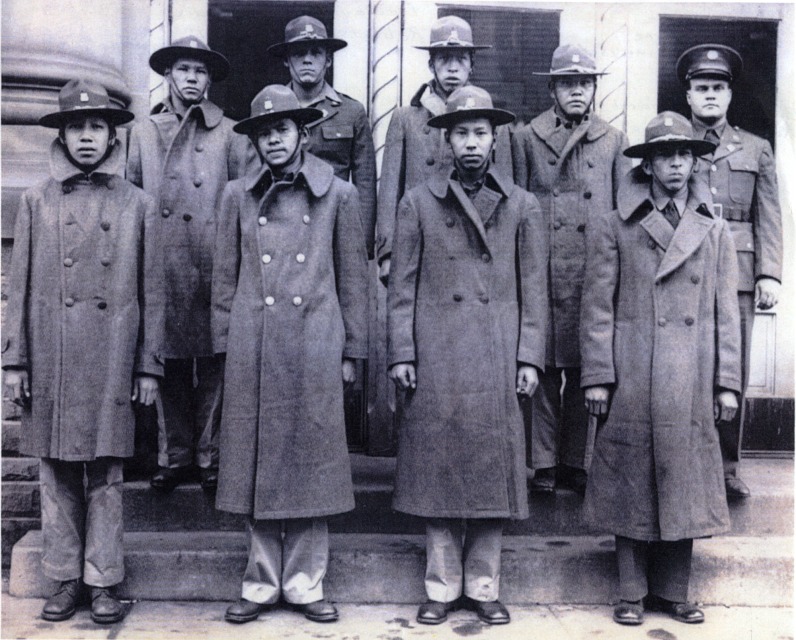 Lucie shared, “In 1941, 27 members of the Meskwaki Nation enlisted in the Army together, which, at that time, was 16% of the Tribe and nearly a year before Pearl Harbor. Of those 27, eight went on to become Meskwaki Code Talkers. The Meskwakis were sent to North Africa, where their skills were used to communicate sensitive information across enemy lines. The Code was never broken. [Not until] 2008, were these eight men honored and awarded the Congressional Gold Medal to their families for the services to our country.”

Most of us are familiar with the Navajo Code Talkers, but did you know that several Tribes helped in their special role during both WWI and WWII to save the lives of thousands of Allies? In fact, according to the National Museum of the American Indian (NMAI), Code Talking was pioneered by the Choctaw and the Cherokee in WWI! (American Indians didn’t get U.S. citizenship until 1924, years after WWI had finished; yet more than 12,000 fought).

According to the CIA, after WWI, Germany and Japan sent students to the United States to study Native American languages and cultures, such as Cherokee, Choctaw, and Comanche. It’s even noted that Hitler, prior to the outbreak of World War II, fearing these communications specialists, discreetly sent a team of up to 30 German anthropologists and writers (or agents disguised as) for this purpose.

As stated on the NMAI website, the “Many American Indian Code Talkers in World War II used their everyday tribal languages to convey messages. A message such as, ‘Send more ammunition to the front,’ would just be translated into the Native language and sent over the radio. These became known as Type Two Codes. However, the Navajos, Comanches, Hopis, and Meskwakis developed and used special codes based on their languages. These became known as Type One Codes.

Thank you to Lucie for reminding us about the forgotten history of the many American Indians who fought for our nation as Code Talkers.

Today we honor all American veterans we have lost, as well as acknowledge the nearly 1.5 million Americans currently deployed throughout the world.

To read previous articles I’ve published about veterans, click on the following:  Remembering Our Fallen, Our Lack of Connection With Those Who Serve, and A Very Special Memorial Day, Organizations Putting Veterans First.

This entry was posted in History, Profiles, Uncategorized, Veterans and tagged History. Bookmark the permalink.